New to CBD? Try ours for FREE! Click here for voucher. 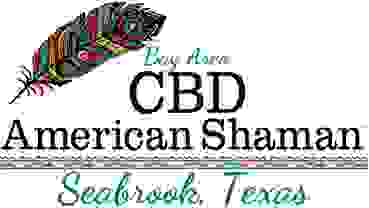 What is the Endocannabinoid System?

The endocannabinoid system is a crucial biological system in the human body that is involved in regulating many functions throughout the body. The primary function of the endocannabinoid system is to maintain the body’s state of homeostasis, which is the balance and stability of the human body’s internal processes that may be affected by the environment.

Although the endocannabinoid system evolved over 500 million years ago, scientists only recently discovered its existence in humans in the 1990s. It was first discovered when scientists were researching the effects of marijuana on the human brain and body. The ECS is present and in use in all vertebrates, including mammals, reptiles, birds, fish, and amphibians. The ECS is one of the most versatile and widespread signaling systems in the body.

Where are the Endocannabinoid System's Functions?

The ECS is involved in a wide range of processes throughout the body. These functions include:

The body activates the ECS when these functions need to be regulated and return the body to homeostasis. If one or multiple of these functions are not working properly, the body cannot be in a state of equilibrium.

How does the Endocannabinoid System Work?

How do you Stimulate the Endocannabinoid System?

There are some foods and spices that contain natural cannabinoids that can act as an endocannabinoid when consumed. Cannabinoids were previously believed to only exist in the human body and in cannabis plants, but we now know that is not the case. Some vegetables contain cannabinoids, like broccoli, Brussels sprouts, cauliflower, and kale. Cinnamon, pepper, cloves, and oregano also contain cannabinoids.

Cannabis plants contain over 100 natural cannabinoids. The main cannabinoids these plants are known for are tetrahydrocannabinol (THC) and cannabidiol (CBD). Cannabis products can be taken in various forms in order to stimulate the endocannabinoid system.

How does CBD Affect the Endocannabinoid System?

CBD, or cannabidiol, is a naturally-occurring compound found in cannabis plants. Experts have discovered that CBD can affect the ECS by boosting the system in three different ways. One way in which CBD does this is by stopping the FAAH enzyme in the ECS from breaking down certain endocannabinoids. This process can help extend the life of the anandamide endocannabinoids and can lead to a more impactful and effective result when it binds to the receptors.

A second way in which CBD could potentially work with the ECS is by interacting with the other unidentified receptors within the system. Since research has only discovered two cannabinoid receptors, there are potentially other receptors being affected by CBD.

The third way CBD affects the ECS is by mimicking endocannabinoids by binding to the receptors which sends signals to cells in the body to create a state of homeostasis. Since CBD often interacts with other receptors in the body, the effects may vary in each person and the exact functions CBD effects may vary from person to person.

Some factors that may affect the production of endocannabinoids in the body are a person’s diet, exercise, and sleep. The ECS may be stimulated by CBD oil due to its ability to interact with cannabinoid receptors and block enzymes to improve the effectiveness of endocannabinoids. The endocannabinoid system is an essential and impactful part of the human body.

This content is not intended to be a substitute for professional medical advice, diagnosis or treatment. While research has shown that CBD has the potential to help provide beneficial outcomes for several complaints, it is advisable to seek the advice of a physician or other qualified healthcare provider when you have questions regarding any medical condition and when starting, augmenting or discontinuing any existing health routine.

The endocannabinoid system (ECS) is a biological signaling system in the body that uses endocannabinoids, receptors, and enzymes to create a state of homeostasis. Homeostasis is when the body is in a balanced state and the functions in the body are regulated properly. Nourishing your ECS with CBD and natural food sources can help bring balance to your body, resulting in overall better health.

Get The Article PDF